When Mr ‘One Hit Wonder’ Wilder penned the words to his 1983 tune he had obviously never fallen victim to the unseen perils of a children’s roundabout.

Two weeks ago my well planned Friday morning started to unravel in the queue at the local Lidl. It took so long to get served that by the time we got out of the store the milk had gone out of date and we had missed the start of our Tiny Tunes class. I’m never really that keen on rocking into these things late and since it’s pay as you go there was no financial penalty in our non attendance so I decided to take advantage of the sunny weather and drop into a swing park on the way home – with the kids of course!

This was quite a brave move – two of them, one of me – but it was a fenced in one and it was very quiet – couple of smug looking mums on a picnic blanket in the corner and their errant charges hatching an escape plan out of sight behind the trees in another.

Alexandra, Calder and I all had fun on the climbing fort and slide. Both were happy to be on the swings at the same time and when one started to lose interest I was able to coax the other to the same attraction that their sibling was headed for. Unfortunately that attraction was the roundabout – not the Magic Roundabout – the ‘Spinning Wheel of Death’ roundabout.

Whilst I was lecturing the children on how we should wait until we had completely stopped before attempting a dismount I stumbled off the side. Not a full on prat fall or anything.Just a wee ‘ Whoops’ over onto the side of my right foot – oucha – but regained my balance if not dignity- and continued the safety briefing to my now disinterested audience.

I decided to quit whilst I was almost ahead and bribed the troops back to the car with the promise of a chocolate mini roll and some juice. I had a bit of a limp but I also had a couple of apparently sugar starved kiddiewinks straining the leads on their cute little backpacks dictating the pace. Whilst they clambered back up into the car and eventually their car seats – I popped their backpacks into the boot but not before I removed the promised chocolate rolls and juice cartons.They’d been carting them around themselves all morning- but I saw no need for them to know that.

Unusually I was able to hear some of the Ken Bruce show on the drive home as neither of my back seat passengers were interested in a game of ‘look at the digger/bus/local loony ‘and the chomping and slurping noises weren’t particularly intrusive.

We got home and parked up in a couple of overplayed tracks (Sorry Ken- I know that it’s the producers that come up with the play lists but the patter still amuses me!)and I reached round to unbuckle the little cherubs’ seatbelts and -oh my Cadbury’s cream eggs it’s chocolate carnage back there! I scramble to get out and round to open the passenger side back door. They rolled out of the car like a pair of Oompa Loompas that had survived an explosion in Willy Wonka’s Chocolate Factory and were swiftly frogmarched through the hall to my dulcet tones bellowing “DON’T TOUCH ANYTHING! NOTHING AT ALL! Hands in the air! NO! NOT YOUR HAIR CALDER AND NOT ALEXANDRA’S HAIR EITHER!!!!

I was screeching by the time we had covered the short distance to the kitchen but swiftly got to work wiping hand, faces, hair and backs of knees( HOW? WHY?) and then chased them out into the garden. Lunch time was rapidly approaching and I’d be having to wipe them down again soon enough so what harm would a a bit of garden muck do. I went to retrieve our bags from the car and inspect the crime scene in the back seat area. I’d seen worse – ‘Tuna sandwichgate” had been a far messier and much more smelly incident. Gloria was well overdue a wash and vac and this had merely served to push her up to the top of a seemingly never ending ‘to do’ list. Why was my foot still sore?

Lunch was quickly prepared and served and by making my own lunch look less appealing than the kids’ it was quickly consumed with very little fuss or complaint. Alexandra had the audacity to ask for a chocolate roll and I was still still laughing hard in her face as she miserably picked her way through the bowl of blueberries that was thrust in front of her.

They retired to the lounge to get their lunchtime fix of ‘ Yakka Dee’ allowing me to clear up the lunch dishes and a number of discarded blueberries and before I knew it nap time was upon us. Oh who am I trying to kid! I’m on a countdown to nap time from the moment they start picking their soggy cornflakes out of their breakfast bowls – especially on a Friday!

Now I must be doing something right because they will sleep soundly for a good two and a half hours most afternoons and this does enable me to get on with a few chores that I can’t do when they’re up and about. We’ve already established that Gloria was in need of attention and the car care kit was much closer to hand than the lawn mower.

I had the time to be thorough – so I was probably subconsciously avoiding something else – possibly my throbbing foot – and so I took the car seats out and shuddered in unison with the vacuum cleaner – poor wee Miele was going to need her stomach pumped after this one! Fortunately she’s a trooper and came with an assortment of accessories that could tackle the assortment of debris that Alexandra and Calder have managed to randomly distribute about every single nook and cranny within the back seat area.The front of the car is marginally better – there is some evidence of Daddy Simon having been there recently but once again it’s the boot space proves to need the least attention. I retired Miele to the sanctity of her darkened cupboard to recover and briefly thought about keeping her company before I realised that it was almost school’s out time. I probably had enough time to get the car soaped down before getting the hose out to give her a thorough rinse down. If any of the loitering school run mums happened to get in the way of a jet of water that may have been directly aimed at them it wouldn’t have been a completely unenjoyable chore. To my dismay it was only a repeat offender fagging it out the drivers side of her filthy Ford Focus that I was able to mildly inconvenience. She closed her door over pretty quickly when she saw the hose and only lowered the window every now and again to flick ash out. Spoilsport!

I tidied all away and nosed a clean and reasonably fresh – ok Febreezed – Gloria back into her habitual hideaway. I’d managed to get myself fairly soaked through to the skin during my last task so while the kettle boiled I had a quick rifle through the pile of clothes waiting to be ironed for a dry T-shirt and shorts to pull on. My trainers and socks were equally sodden so this seemed an opportune time to have a bit of a closer look at the foot that had been demanding my attention for the last few hours despite the couple of ibuprofen that should have worked their way down there by now.

At first I thought that the dye in my dark green socks had run. Then I noticed that right foot was a different shape to my non stained left foot. Let’s just have a bit of a poke ( said the actress to the bishop)

I decided just to hobble over to the kettle make a coffee and hobble back and then make an informed decision on what I was going to do from there. Obviously I was going to take a pic and distribute it to a couple of friends for advice/sympathy first after all we’re not in the third world are we? Responses were fairly swift – some offered sound advice others made me realise that my friendship circle was in need of a bit of a cull.

Alexandra and Calder had started to stir so I pulled up my big boy pants and got on with attending to their teatime demands patiently awaiting Daddy Simon’s return from work.

Someone had already planted the seed that something may be broken and not just sprained and so may need looking at sooner rather than later. It didn’t take long after Daddy Simon arrived home for us to exchange pleasantries –

” Lovely! Well look at this! I think it might be broken,so I think that I need to go to A&E – Can you put the kids to bed and I’ll get back ASAP – I’ll just get an Uber up there – could you organise that please – I’ve not done that yet – Ow – oh it won’t go back in the shoe – I’ll just wear flip flops – is that my Uber – I think it’s my Uber – I’ll just wait outside- night night kiddie winks – see you in the morning- OWWWWWWWWWCH!”

We’re only a four minute drive (£5 in an Uber) from East Surrey Hospital – I googled it before we moved here – genuinely expecting that it would be Calder’s antics that would have us here first. Mr Uber ignored my request to be dropped off at A&E and I have to limp through the main entrance in search of medical assistance. A couple of paramedics wheel a bruised and bloodied cyclist past – so I limp a bit faster and follow them down the corridor – I realise that I can’t keep up and stop a staff member heading in the opposite direction. She’s very helpful and escorts me to the minor injury – “Are you sure – it’s really sore..” – and I’m all checked in and waiting to be seen before I have to clarify our double barrel surname more than twice.

I didn’t expect to be seen quite as quickly on a Friday evening – but I suppose I’m still a bit too early for pub related injuries so I don’t have to wait too long before I have to explain to a bemused looking Richard the events of earlier in the day. Without judgment he dispatched me down to the X-ray department where I sit with a couple of teenagers who are comparing football injuries. Fortunately I’m seen before I’m expected to share my tale of woe with them. I barely had time to sit back down in the waiting area and work out where the nearest coffee machine might be when Richard beckons for me to join him in order that he can share what we’ve probably all guessed.

Broken bone in right foot – 5th Metatarsal to be specific – common enough injury apparently. Should heal in about 6 weeks. The comedy line of the day –

” Just make sure that you keep it elevated- lots of rest.”

Oh how I laughed as I took out my phone and glanced at the screen saver of our two tiny tornadoes before calling Daddy Simon to share the good news! 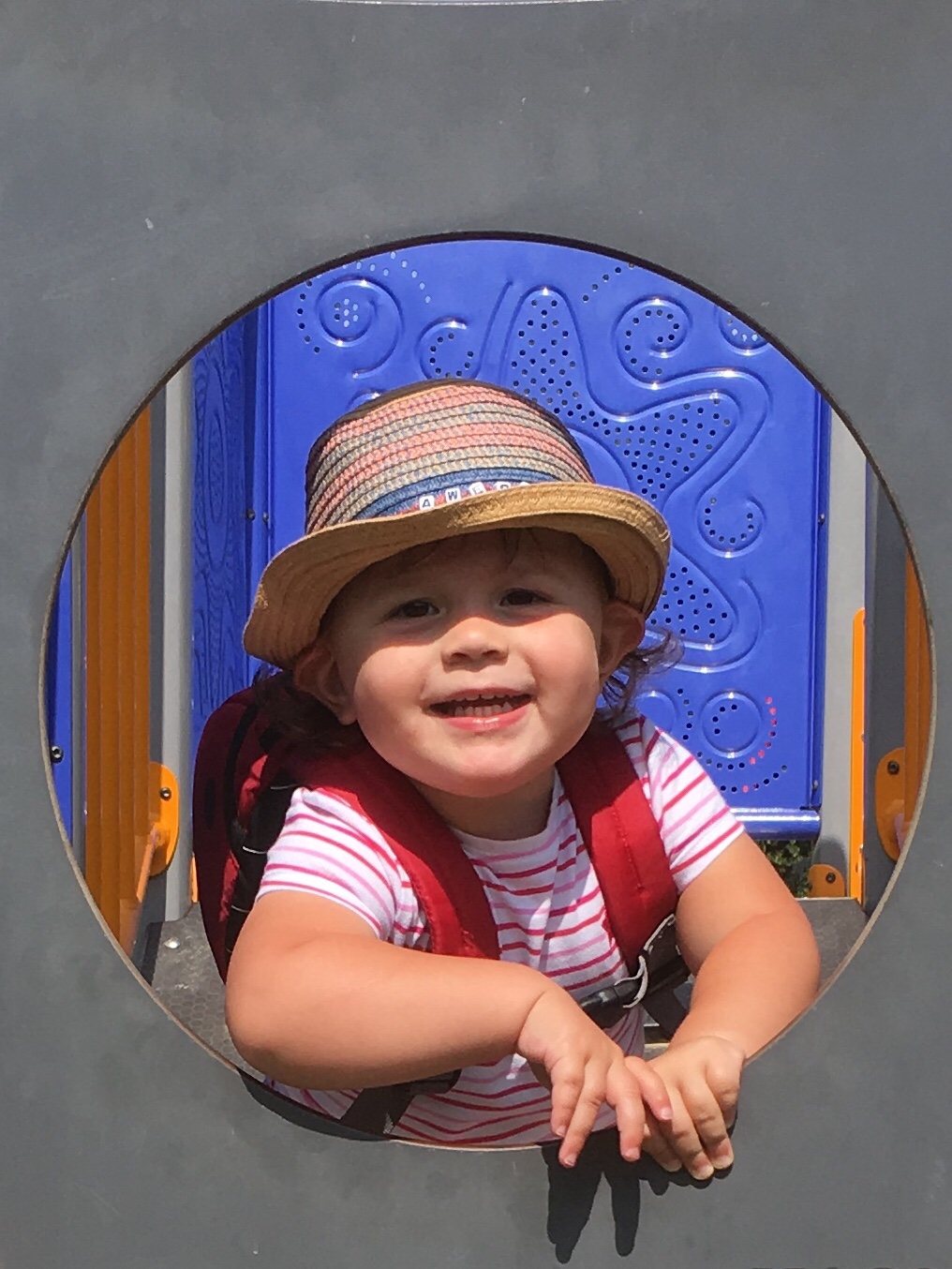 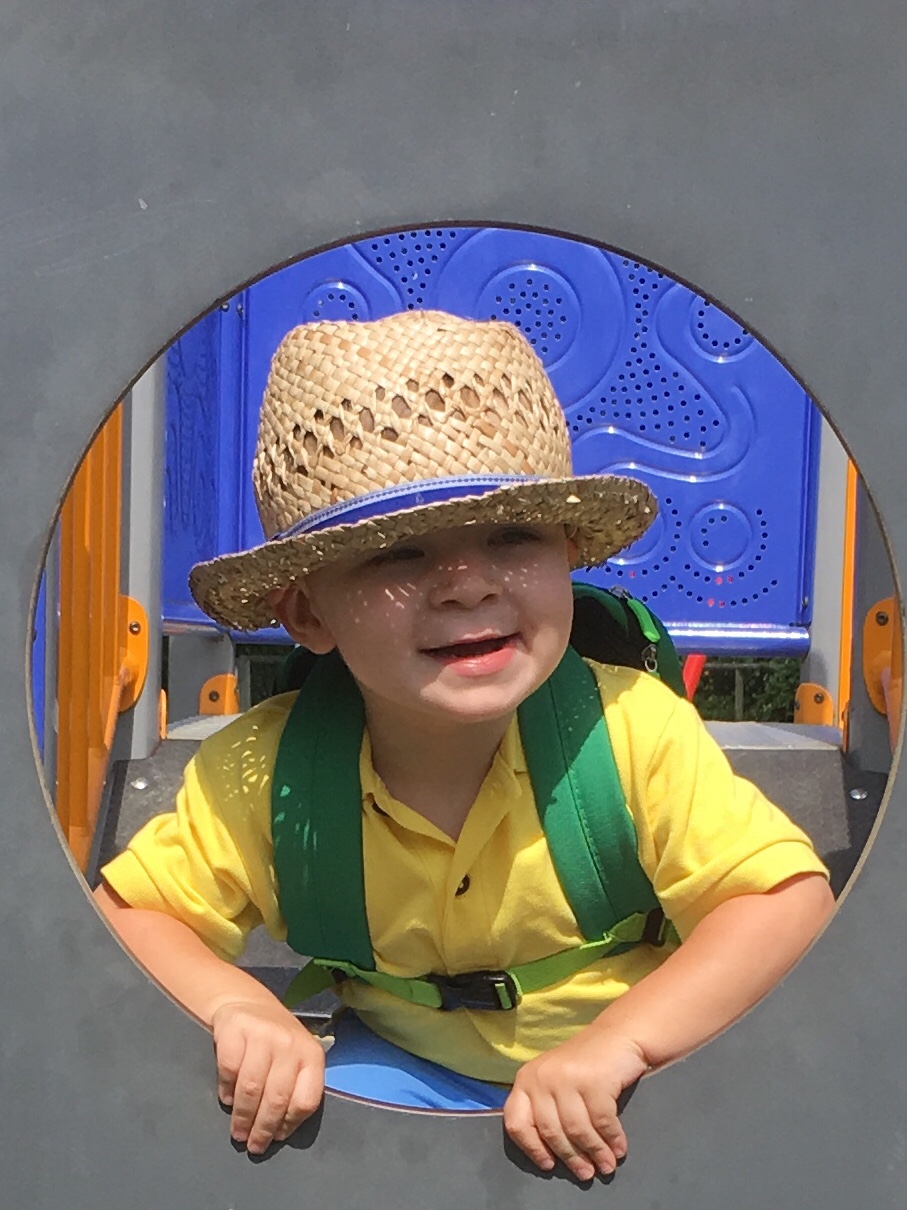 Fun morning out before it went wrong!!!